I’m working on it: Diary days 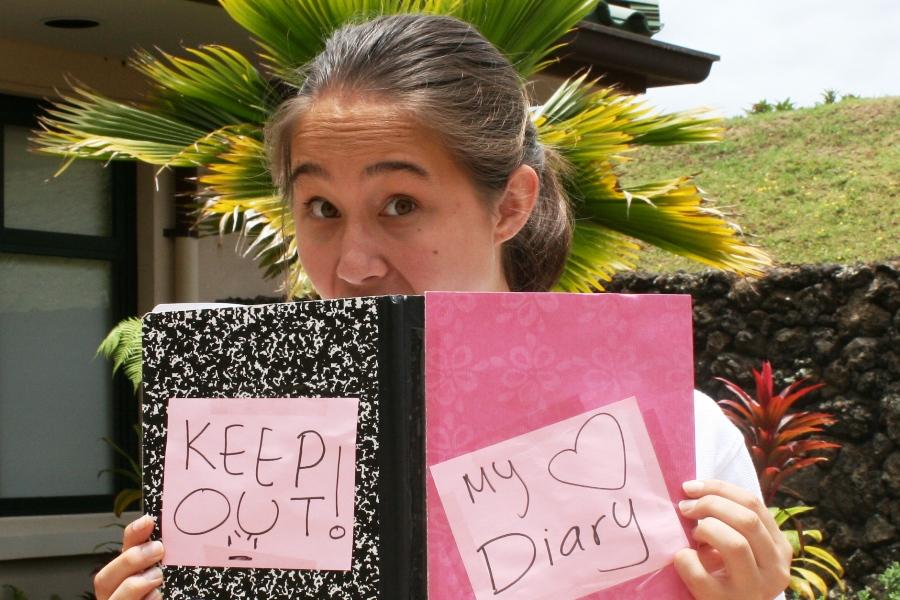 A couple of days ago I had the misfortune to run into my younger sister’s diary. Happening to find it wasn’t the problem, it was the temptation to give in and read it–which I ultimately ended up doing–that was the problem.

She had been writing in her little comic-covered notebook every night for the past couple of weeks. I had seen her as I passed by her room, she would be on the floor, her pencil moving furiously across the page and then pausing for a moment so she could gather her thoughts again before she continued.

She was very secretive about her diary. I had tried on a numerous occasions to sneak up behind her and catch a snippet of what she was writing about. She always happened to see my shadow and shove the book away from my prying eyes.

I don’t know how she got into this diary phase, but it brought back memories of my own. I remember writing about all my troubles and woes in a little Bedazzled diary I had gotten for Christmas. I was about ten, the same age as my sister is now, when I decided to devote my nights to writing my life story.

I found the old diary a couple of years later and laughed at my primitive thoughts. Things I had written down for fear they were the end of the world. My loopy handwriting scrawled across the page as I retold the adventures of an average day in my life.

I was cleaning her room when I found her diary, hidden on the top shelf of her closet in a corner. Curiosity getting the better of me, I opened it up to see just what she had been writing.

I would tell you what I read, but that would be breaking the pinky promise I made after getting caught. That aside, I don’t care to be scolded about my bad behavior from a ten year old again–it’s just too shameful to re-live.

When she found out I had read her diary she was livid. She was absolutely steaming. I honestly had not expected this kind of reaction.

My heart broke. I realized how not that many years ago I would have cried if someone had snooped through my things and then had the audacity to read it.  Looking back on it, I realized just how big of an invasion of privacy it was.

Somewhere in those six years I had forgotten that even ten-year-olds need some space for just themselves, where they can write what they feel and what they think and not worry about what everyone else and their big sister has to say about it.

I suppose that’s the thing with growing up; your own childhood starts to blur, and then before you know it, you forget what it was like to be a kid, to be a ten-year-old with something to say, but not wanting an audience to hear it.

I’m not going to look in her diary again–I’ve learned my lesson for good.  But maybe I’ll start one of my own…and keep it in a very, very safe place.

I mean, even 16-year-olds need some space for just themselves, where they can write what they feel and what they think and not worry about what everyone else has to say about it.