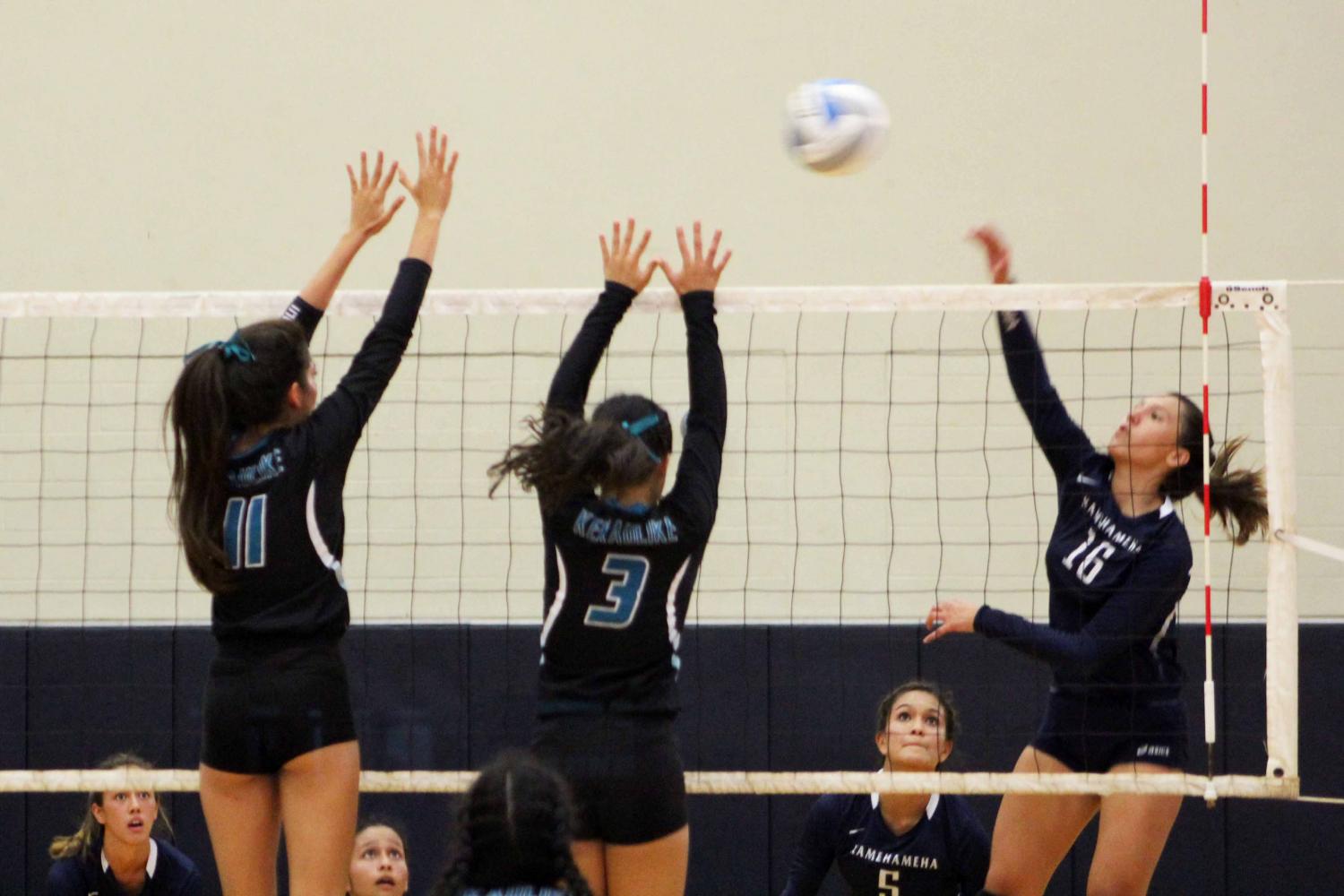 The Kamehameha girls volleyball team won 3-1 against three-time Maui Interscholastic League champions Nā Aliʻi on Tuesday at the King Kekaulike Gym, after losing every game to them last season.

This victory is their second win of the season, making them undefeated so far.

“I felt really good about tonight’s game. We started off a little rough, but as the game progressed, we got into the groove of things,” senior captain Jasmine-Marie Corn said.

The first set started off with a kill from junior Tatiana Martinez. Although Kamehameha started off in the lead, Nā Aliʻi quickly caught up. The Warriors called a timeout when the score was 22-17 with Nā Aliʻi leading. King Kekaulike eventually took the first set, ending at 25-20.

During the second set, the Warriors started off strong, and the lead that they gained in the beginning of the set helped them come out victorious. The result was a 25-13 win.

“…It was an amazing and overdue win for us. We have all been working very hard by cross training, conditioning, and practicing. We definitely deserved this win,” senior setter Aliah Ayau said.

The third set was close, keeping everyone at the edge of their seat. The score was tied and both teams were fighting for the lead. The Warriors closed out this set, 25-19, with a kill by senior captain Talia Leauanae.

“It was a great team win for us. It took every single player, all fourteen, whether they were on the court or the bench, so I was happy about it,” Head Coach Alex Akana said.

These two upcountry rivals will play each other again on Sept. 14. In the meantime, the Warriors will play Baldwin High School tonight, Aug. 31, at the Baldwin gymnasium.