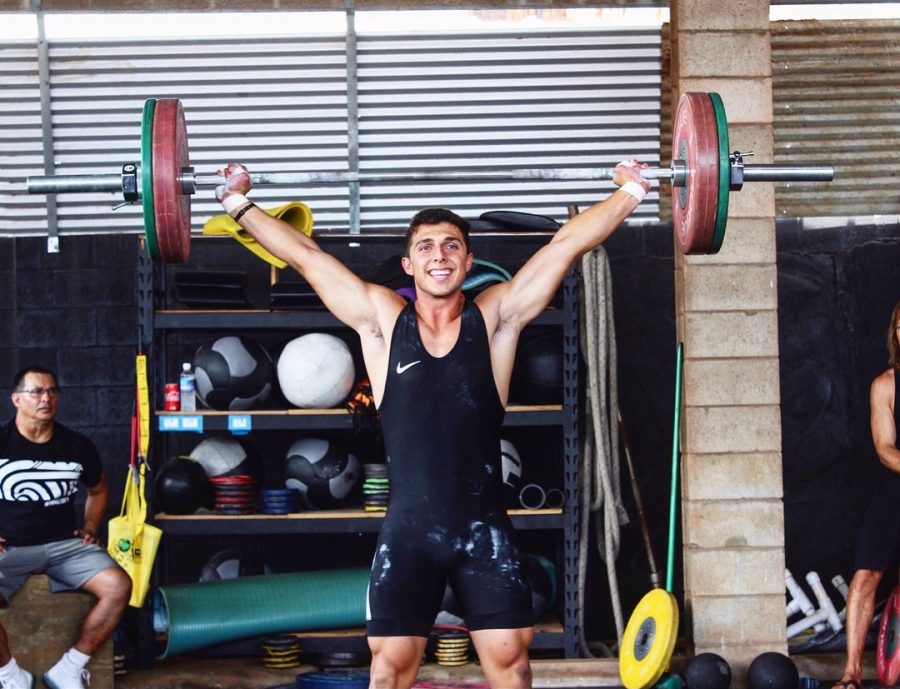 Daniel Kapua smiles after snatching 90 kilos at the Doc Yogi Memorial Weightlifting Meet. Kapua won the meet in his division and is now going to continue in the Junior Olympic Weightlifting meets.

Senior Daniel Kapua (my brother) has been accepted into Menlo College with a full scholarship based on his academic performance and weightlifting. On Tuesday, April 10, he got the opportunity to fly to San Fransisco to visit Menlo. He met his coach, Karl Reyes, who said that as of right now he qualifies for the Junior Nationals in Olympic weightlifting. Reyes explained that the main goal is to qualify for Nationals in a year’s time in the 77-kilo division.

“I’m extremely excited to have [him] with us. It goes bigger than weightlifting for me, if [he] needs anything [he] can count on me,” Coach Reyes said.

Daniel participated in his first Olympic qualifier at the Doc Yogi Memorial Weightlifting Meet on Saturday, April 14. The USA Weightlifting meet was held at Ho’omana Barbell in Wailuku.

The competition started off with three consecutive snatches. Olympic weightlifting is measured in kilograms because it is a worldwide sport, and Kapua’s first snatch began at 85 kilos, then he lifted 90 kilos, and the last one was his best at 95 kilos, which, converted to pounds, is  187, 198 and 209.

In an Olympic team qualifying meet, the lifter must try to complete all six lifts, which is difficult to accomplish. In fact, Kapua was only one of six who finished with all six lifts cleared out of the 41 competitors across all weight classes.

“My Olympic weightlifting college coach [Coach Reyes], told me that the goal for this meet was to accomplish 6/6 to help build my confidence for the future meets I will do,” he said.

Daniel originally found his love for weightlifting in middle school when he joined Upcountry Crossfit, and his passion for weightlifting has continued all the way up until his senior year. Next, he will continue on this path at Menlo College.