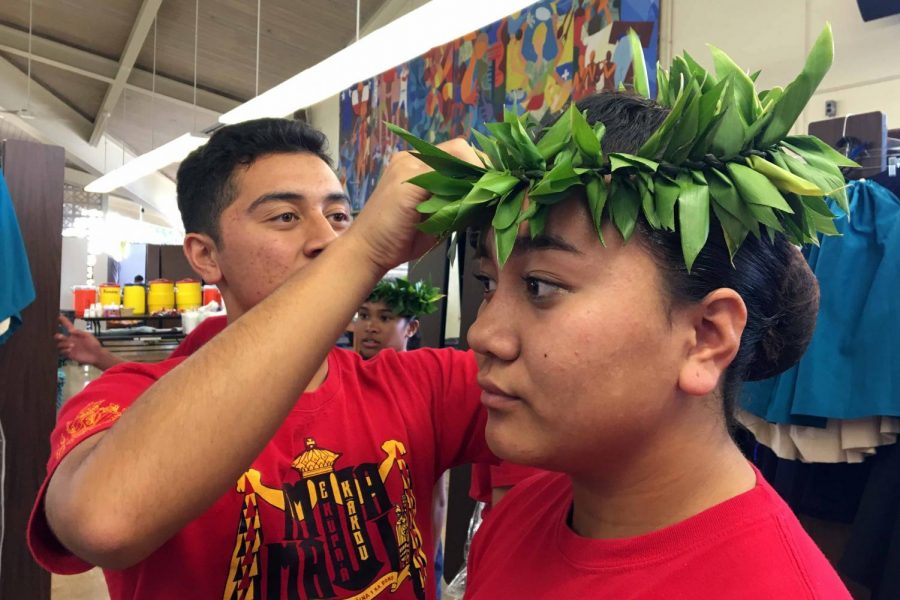 Nā Lani ʻEhā is an annual concert to honor the royal siblings: Kalākaua, Liliʻuokalani, Likelike, and Leleiohoku. This event is orchestrated by Hālau Hula Na Pualei O Likolehua and recognizes the talents of these four musical figureheads.

“I loved performing in Nā Lani ʻEhā because I was able to show my appreciation for Queen Liliʻuokalani and all that she has done for us and her people. I also got to learn more about her through this experience as well as our other aliʻi that were represented by the other hālau who joined us,” said senior Lexi Figueroa, poʻo of Hawaiian Ensemble.

The haumāna performed on behalf of Queen Liliʻuokalani, the last Hawaiian sovereign to govern Hawaiʻi before it was annexed to the United States.

The hui caught a flight to Oʻahu on Sunday morning and headed straight to McKinley High School. Since the event began at 3, they had the whole day to practice and prepare. They were required to sing a choral piece, oli, and perform a kahiko and ʻauana.

For the choral piece, the haumāna sang “Now the Laborer’s Task is O’er,” and they chanted “Makalapua.”

During the kahiko number, they showcased two verses of “He Lei No Liliʻuokalani” and combined “Muʻolaulani” and “Puʻuhonua Nani” for ʻauana.

At the end of the day, the Maui Warriors went to Queen Liliʻuokalani’s statue to perform their mele, oli, and kahiko one last time. It was an emotional moment and a few tears were shed while performing for the aliʻi.

This was a learning experience for the haumāna, and based on the experience, it is possible that Kamehameha Maui will return to Nā Lani ʻEhā next year.