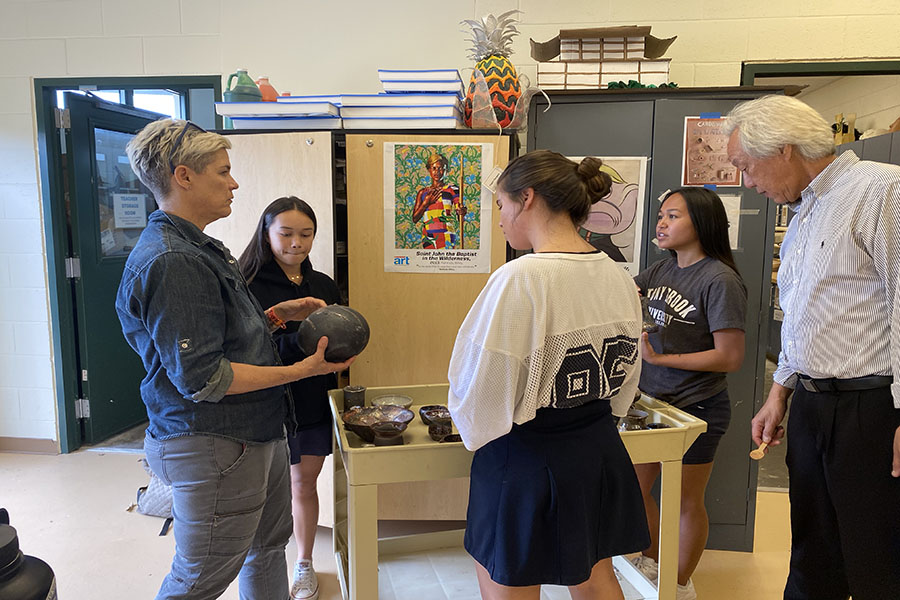 Mrs. Lori Guntzel’s Ceramics 2 class got to fire their pottery in the annual raku ceramics firing today behind Keku’iapoiwanui, the X building.

The method used, raku, originated in Japan in the early 16th century as the process used to make ceremonial teaware for Zen Buddhist masters

The ceramics are placed in a kiln which is then heated to 1800 degrees Fahrenheit for roughly 40-50 minutes, which is several times shorter than the firing time for most other types of pottery. 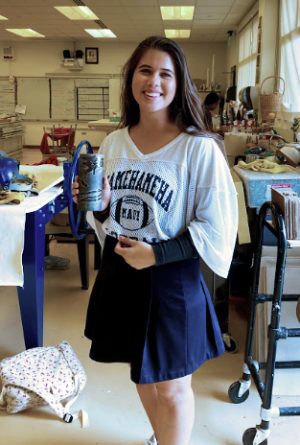 Photo by Jonah SalomonChristiana Alo holds her lantern after cleaning it off from the raku firing.

After leaving the kiln, the ceramics are then placed in an airtight container with leaves, straw, or, as in today’s session, newspaper.

This highlights the cracks in the ceramics from the process, which is highly praised in traditional raku firing as characteristic of the pieces.

The method has been Westernized from the traditional way of firing and is the way Mrs. Guntzel’s class does it.

“When I came to Kamehameha in 2012, we didn’t have the raku kiln here,” she said. “Three years ago, Dr. Parker approved this kiln and we got it.”

The students got to make their own pieces, but only for decoration. Raku pieces can only hold liquid for a short time.

Previously, the students had done pottery normally. But with this project, they were able to get a feel for different kinds of ceramics and how they’re made

“With normal ones, you don’t go through this whole process. Normally you just fire it, glaze it, and then fire it again,” Skye Kaina said