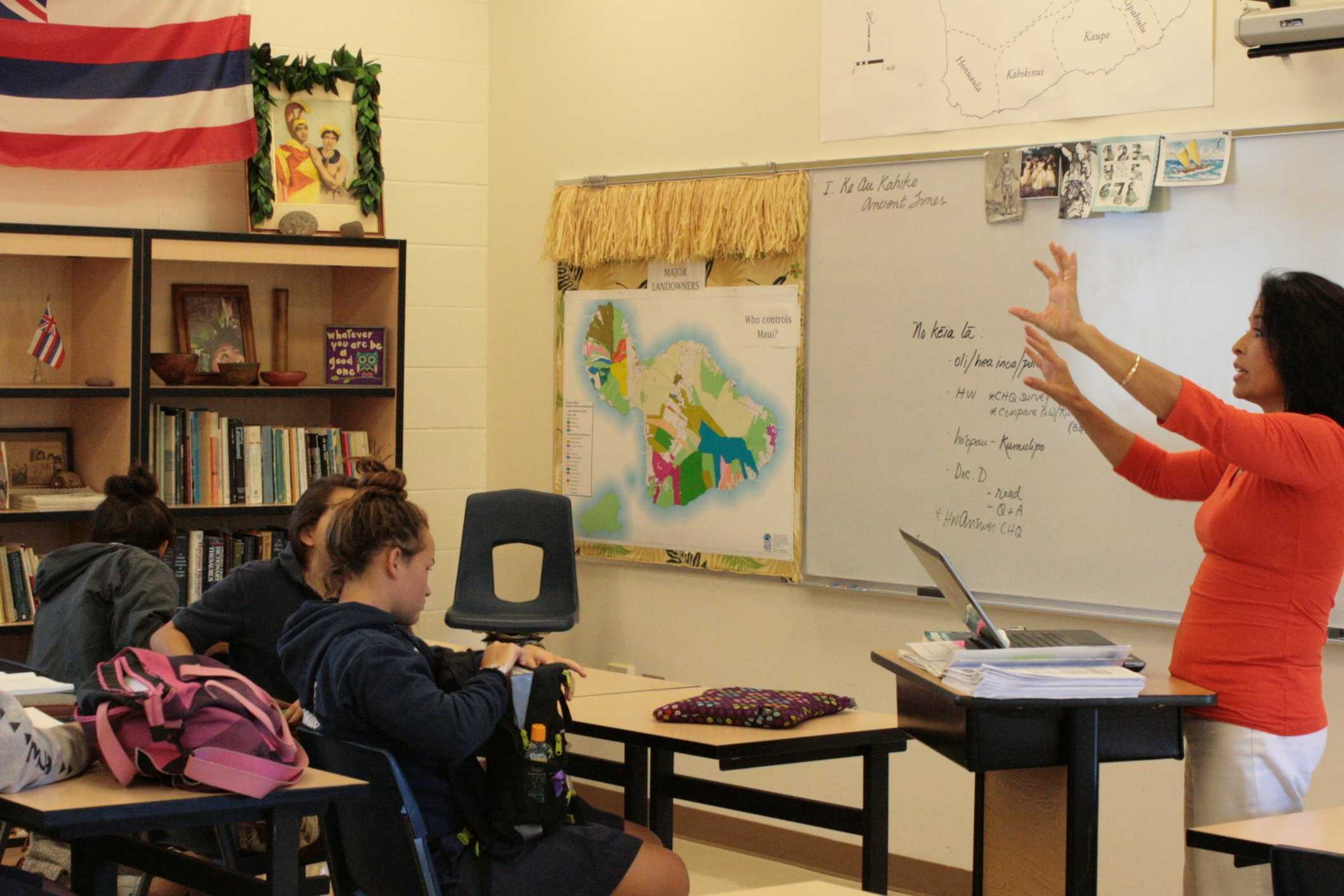 Kumu Kapulani Antonio engages her Hawaiian History class in a discussion about the overthrow of the Hawaiian monarchy. Kumu Kapulani covers the overthrow, as well as events leading up to it in detail in preparation for the anniversary of Queen Liliʻuokalani’s abdication, January 17, 1893. (Photo by Jaylin Kekiwi)

Kumu Kapulani Antonio engages her Hawaiian History class in a discussion about the overthrow of the Hawaiian monarchy. Kumu Kapulani covers the overthrow, as well as events leading up to it in detail in preparation for the anniversary of Queen Liliʻuokalani’s abdication, January 17, 1893.

Today marks the 121st anniversary of the death of the Hawaiian monarchy.

It was on January 17, 1893, that Queen Liliʻuokalani’s throne was stolen by non-Hawaiian subjects of the Hawaiian Kingdom.

Previously, Queen Liliʻuokalani had attempted to write a new constitution, as the Hawaiian people were unsatisfied and upset with the one that had currently been in place (this constitution is more commonly known as the Bayonet Constitution).

The group that had created this constitution in the first place, headed by Lorrin A. Thurston, a missionary descendant, feared that their new constitution would be abolished.

Another player in the overthrow, John L. Stevens, wrote to the United States Government and stated that the lives and property of non-natives living in Hawaii were being threatened, and on January 16, U.S Marines and sailors landed on Oʻahu and came ashore armed.

Faced with a powerful group of economically-motivated businessmen who demanded her abdication and U.S. soldiers at the ready to back them up, Queen Liliʻuokalani surrendered her throne and kingdom to avoid bloodshed. She did it under the impression that the American government would right the wrong done to her and her people, but five years later, Hawaiʻi was annexed by the United States, leading them down the path to eventual statehood in 1959.

If you’d like to learn more about the overthrow and the events that sparked it today, here are some resources. The first two are from pro-sovereignty groups.