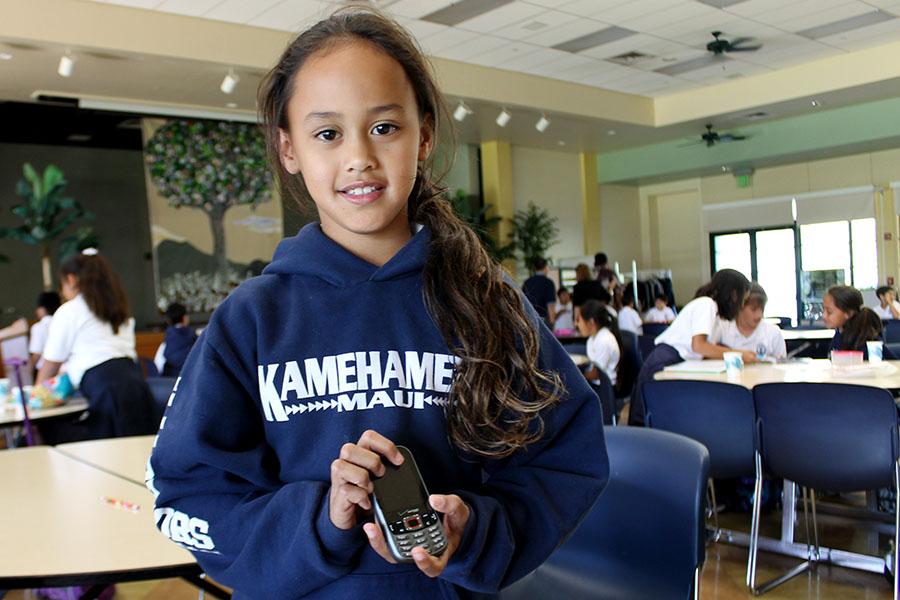 Lahikina Artates, a second grader at Kamehameha Schools Maui, shows off her cellphone. As a member of Generation Z, she and her classmates accept generation innately, creating concerns among their parents.

Generation Z is getting an early start in cyberspace, sometimes leaving a digital footprint from the womb.

92% of American children under the age of two already have a digital footprint.

46% of kids who are online report spending more than ten hours a day on the Internet.

Is anyone surprised by these numbers? It might depend on which generation you belong to.

It’s probably no surprise to Generation Y, also known as the Millennial’s. And Generation Z, the first generation born immersed in a Web-connected world, probably accept this without batting an eyelash. Their parents, the Baby Boomers and Generation X, on the other hand, have a few reservations.

Now that communication has gotten more efficient with the Web, it is easier for people to stay connected. However, it is also easier for strangers to connect with kids online. In a late 2012 Pew report entitled Parents, Teens, and Online Privacy, 72% of parents whose teens are online were concerned with how their children interact with strangers online.

The most popular tactic that parents used to address this was to speak to their children about their concerns. Two-fifths of the parents also said they worked with their teens to set up privacy settings on their children’s social media accounts.

Privacy is an important issue among parents, yet they themselves are the culprits in putting their children on the Web by posting online pregnancy updates and sonograms before their children are even born followed by pictures of them hitting major milestones as they grow up. Generation Z can already be found using a quick Google or Facebook search before they have a chance to create any accounts themselves.

AVG, an Internet security company, surveyed mothers in America, Canada, the UK, France, Germany, Italy, Spain, Australia,New Zealand, and Japan, and found that 81% of the children under the age of two in those countries  already have a digital footprint. The number in America is 11 percentage points higher, thanks to connected and well-meaning parents. 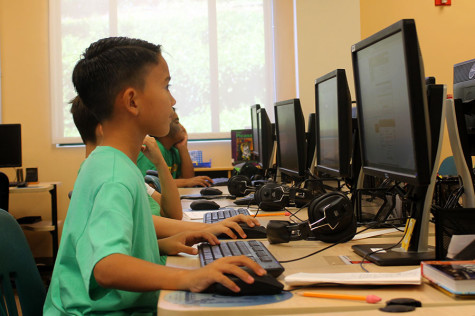 The privacy issues raised by a generation born into a digital world aren’t the only things to worry about. There is also the concern that kids can be spending too much time on the Internet. Wikia.com surveyed more than 1,200 online users of their site. The users surveyed were between the ages  of 13 and 18, and 100% of them said they spend more than an hour on the Internet a day. Almost half, 46%, said that they spend ten or more hours online per day.

Even with these worries, parents can also appreciate the good things the Internet brings. Having access to the Internet is said to make teens more aware of modern issues than previous generations. In their report Consumers of Tomorrow: Insights and Observations About Generation Z, Grail Research said that in November 2011, 74% of teenagers globally considered climate change and global warming to be a greater threat than drugs, violence or war and that Generation Z is already marked by greater social and ecological responsibility.

This chapter was written by Daisy Draper.