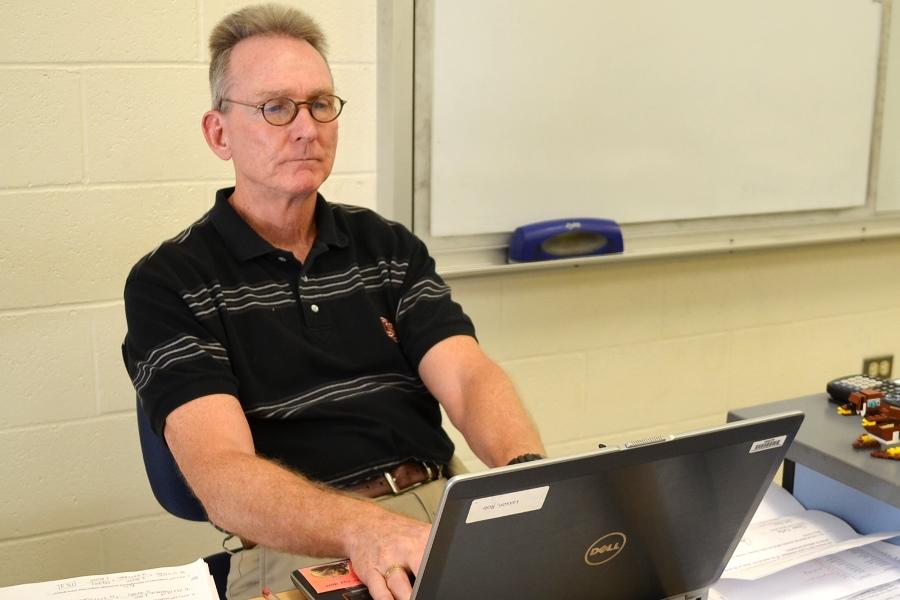 Retiring at the end of this year, Mr. Laxson is typical of the older generation in his use of technology. Preferring to access the Internet on a laptop. Mr. Laxson said he prefers face-to-face communication and rarely uses a cellphone for texting. That’s a good thing according to our author, Jaylin Kekiwi, as the younger generation is filled with texting do’s and don’ts for adults.

Generation gap. Noun. A frustrating lack of communication between young and old, or a useful stretch of time that separates cultures within a society, allowing them to develop their own character. See: The line between them and us.

Today, there seems to be a lot more than ethics separating the younger from the older generations – kids and their parents, even grandparents. Kids have their own unique style, their own spin on things, like with music and fashion trends to name a couple.

One of the things unique to the current generation is ubiquitous mobile technology.

Now that digital technology is practically unavoidable, it makes sense that older generations are trying to get the hang of it. Parents are texting. Grandparents are learning where the spacebar button is on a keyboard. That’s fine. We want them to be familiar with basic things so that we don’t have to come out of our rooms every time they want to capitalize a letter.

Then there are those parents who make the young cringe with some of their technology habits.

To help bridge the gap, here is  a list of heretofore unspoken and unwritten things the older generation “shouldn’t” do in their texts:

They’re not the only ones with annoying habits, though. From the older generation’s perspective, we have our own annoying practices, too.

I know that one of mine, personally, is not picking up the phone when my parents are calling or not texting them back immediately after they hang up.

My dad’s classic phrase is: “Why am I paying for your cellphone if you never pick up when I call?” I think it’s safe to say that annoys him quite a bit.

My generation is one that is constantly linked to phones and laptops, making it nearly impossible for parents to connect with us unless they have phones, too, but they didn’t have the privilege of growing up with technology like we did. We’re used to the constantly-changing iPhones. Them? Not quite.

Because technology has developed, so have the guidelines of what is and isn’t acceptable. Jay Yarow with Business Insider  writes, “With new technology comes new manners.” His June 2013 survey of the new acceptable technology behaviors makes for fascinating reading.

These new manners that are normal behavior for teens include things that the older generation wouldn’t dare to do, such as texting while at the dinner table and not leaving voicemail messages when people don’t pick up.

These are all things that may not seem too bad from our perspective, but considering how past generations were raised, we must seem like heathens compared to them. Do you think that there’s a possibility that they grimace every time they see young people texting in groups, like we do when we see them text periods instead of spaces?

Maybe the older generation aren’t the only ones who have something to learn about bridging the generation gap. Maybe we could both work to erase the line between them and us.

This chapter was written by Jaylin Kekiwi.