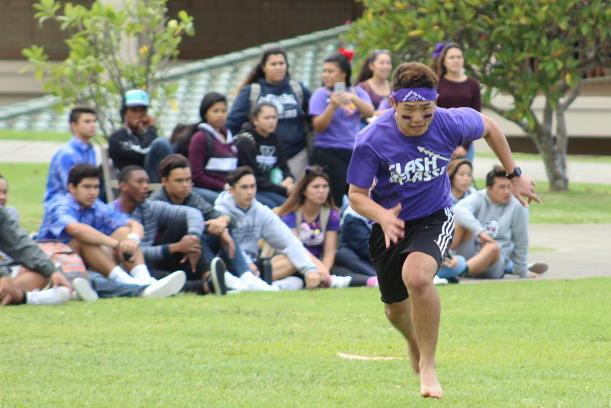 Junior Bailey Ota punts sending the kickball far into the outfield in the second game of the Homecoming Kickball Tournament during lunch. The juniors won this game against the sophomores and will advance to the finals on Friday.

Juniors pulled a win of 6-0 from the sophomores’ grasp in the 5-inning, second game of the homecoming kickball tournament today at lunch.

Being Lā Poni, the day when all students were encouraged to wear the junior class color (purple), the juniors thought they had the game in the bag, but at the end of the first 2-innings, their hopes began to fade.

The first 2-innings went quickly, with both sides kicking many air balls that were easily caught by their opponents, leaving both teams scoreless.

It was a case of three up and three down, four times in a row, but when juniors took to the plate in the third inning they planned to change this.

The junior class broke out into a wave of cheers when they scored the first point in the third inning, and from then on, they pushed their way to first, securing a 4-0 lead against the sophomores.

The sophomores’ outfield gameplay became sluggish, and so did their infield. The juniors seized the advantage, and come out on top at the end of the last inning after adding two points to their overall score.

Tomorrow, the underclassmen will play each other at lunch in a fight for third place, and on Friday, today’s winners, the juniors, will take on the seniors for first place. 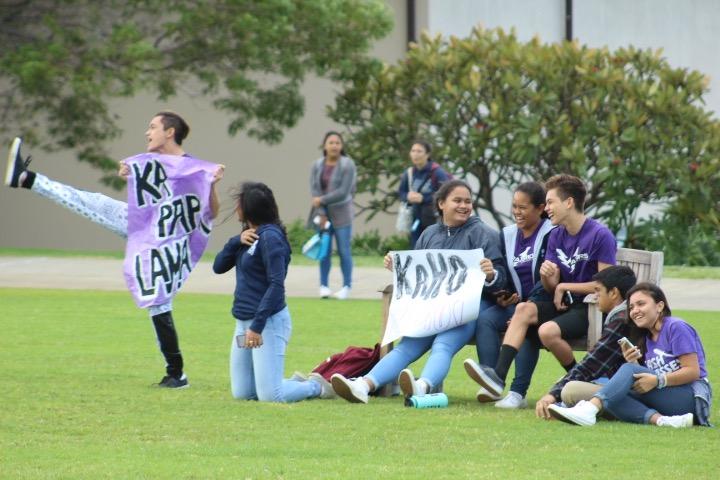 Gallery|4 Photos
Photo by Aaron Veincent
The junior class supports their kickball team by holding up signs and cheering them on.