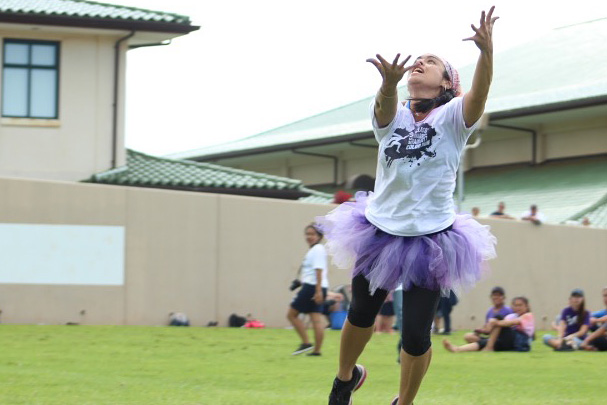 Ms. Chong springs up to catch one of the kicked balls from the seniors at their friendly game of kickball after the student championships, Friday, Sept. 23. The teachers versus students game finished off a day of spirit-building homecoming activities.

Seniors, champions of the kickball tournament, challenged their kumu in a friendly 4-inning game of kickball after the championship game yesterday and won, 4-0.

Inspired by the exciting kickball games held all week during lunch, nā kumu, wanted to participate in the fun, so they gathered their own team to challenge whoever won the championship game.

The game started with the teachers playing the infield, and pitching quickly, so quickly that when the first kicker kicked the ball, seniors were still stumbling to their outfield positions.

Starting with this small act, the seniors knew they had some pretty tricky opponents to go up against.

After the seniors got into the game they got the three outs they needed fast. Thus sending them to up to bat.

While on offense, the seniors used their quickness and agility to fight back against the teachers, but they ran into trouble when they began kicking balls upwards, making them easier for the teachers to catch, especially for Ms. Chong and Mr. Cagasan, who made several catches and racked up the outs against the students.

The 4-inning game came to an end quickly, and although the teachers did not score (although Ms. Kim came close before being tagged at home), the crowd was enthusiastic, laughing and cheering, to see their fellow students take on their kumu. 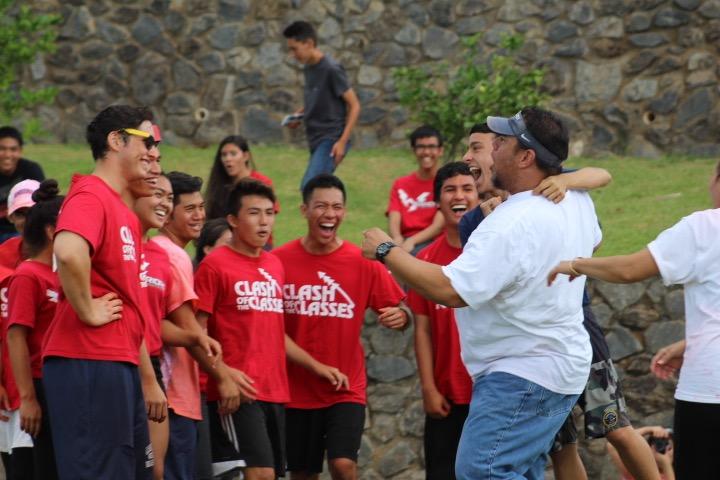 Gallery|4 Photos
Photo by Aaron Veincent
The senior team and Coach Bala goad each other before getting serious for the game.