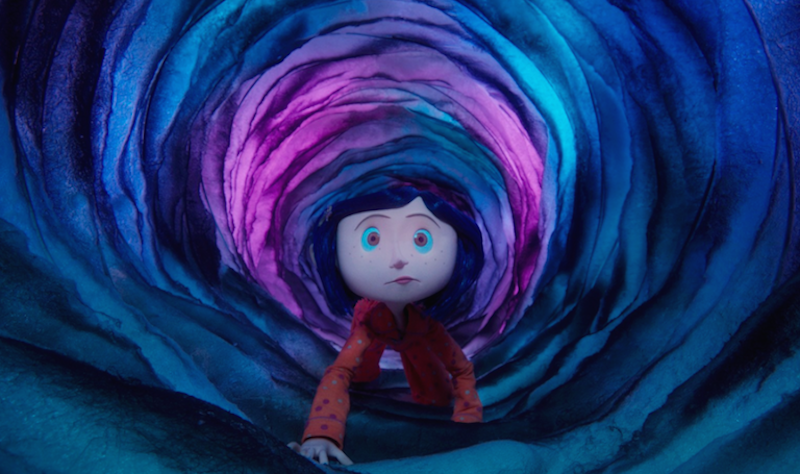 This movie is the third and final claymation film to hit the top five list for Halloween movies and would probably sweep the other two if compared on the creepy scale. This movie is fun to watch for its entertaining, thought-provoking storyline and dazzling visuals, but its dark tone is what gives it such a unique character. The mysterious aspects of this movie, along with the strange play on a not-so-fake-after-all parallel reality gives the film an edge that makes for a great Halloween movie.

In the movie, Coraline has moved to a new house with her mom and dad. Away from her friends, surrounded by weird neighbors, and neglected by her workaholic parents, she begins to wish for something more. One night, a secret passageway to another world opens up, and through it, Coraline discovers an alternate version of her family and home. The parents are fun and caring, the food is delicious, the garden outside glows in the night; it’s perfect. But there’s a darker side to this other universe, and when Coraline’s real parents go missing, she has to bargain with her “other mother” to get them back…at risk to her own life.