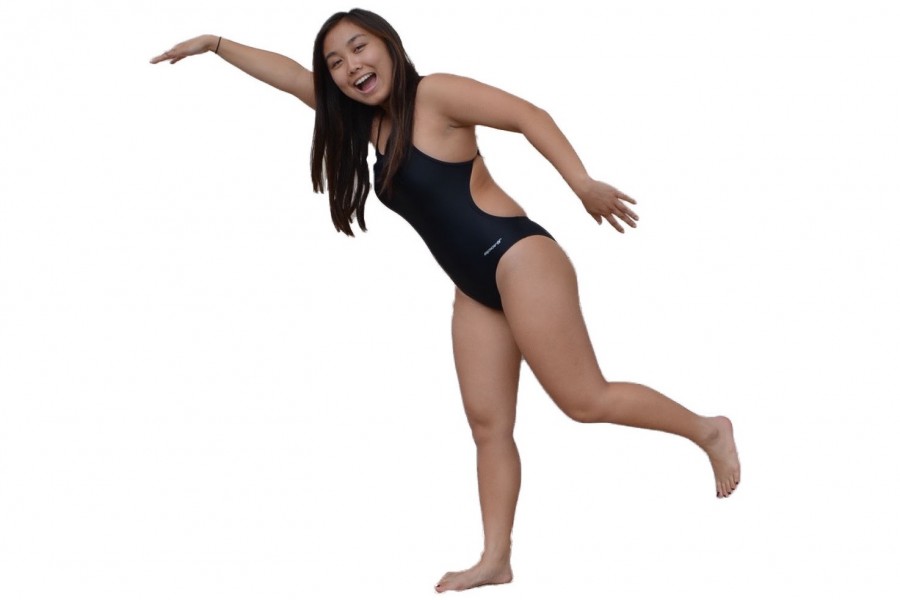 Senior Lia Ikeda has qualified for finals in the Maui Interscholastic League Swimming Championships in all three previous years of high school, and has placed in the top five each time she competed in the 100-meter butterfly. In her last year on the swim team, she is ready to keep the tradition going.

“My goal this season is to make it in the top three for 100 fly,” Ikeda said.

Ikeda had been competing long before high school, going regularly to age group swim meets and placing and beating her own times. She’s currently in the Hawaiʻi Swim Club and has stopped competing in age group meets so that she could focus on high school swimming. But, when swimming is not in season at school, she tries to practice with her club every week.

Ikeda said that she’s looking forward to seeing her team members improve and beat their times at swim meets throughout the season, along with doing so herself.

“It’s pretty rewarding when you beat your time, because you’ve worked so hard for it,” she said.

Overall, Ikeda is crossing her fingers to be able to compete at the state tournament in Hilo, Hawaiʻi, this year with her team, who she’s excited to get to know better throughout the season.

“You make a lot of friends through the sport because the swimming community is really close,” Ikeda said. “They’re all really sweet.”