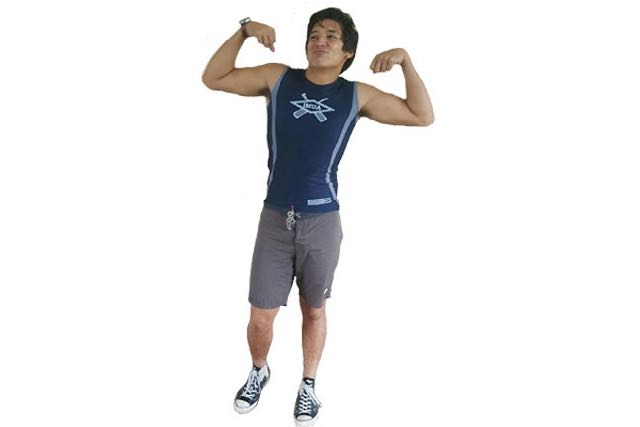 Senior Maikaʻike English has chosen to paddle instead of play basketball this winter season.

Senior Maikaʻike English, who is usually seen on the basketball court in the winter season, has decided to join Kamehameha Maui’s paddling team this year instead.

“Overall I chose to paddle this year because I wanted to retouch with paddling before I graduate,” he said.

English, who has played for KS Maui’s basketball team since his freshman year, played two of the three years on the varsity team. He said that he decided to move away from the court and join paddling to be with friends and because he missed the sport.

Since both sports are in the winter season, English always had to make a choice between the two sports, and he had always chosen basketball.

“Basketball had always fulfilled my need to be involved with high-action sports, but I think football this year took all of that drive for action that led me to play basketball,” English said.

English has played football for KS Maui for all four years of high school.

“He’s the best team player you could have because he did all the things everybody else wouldn’t do,” Coach Kalehuawehe said.

English started paddling in the sixth grade with Na Kai ʻEwalu Canoe Club and continued to paddle for the following five years, but had to stop because of schedule conflicts with the basketball season.

This season he hopes to make his mark and earn a seat on first crew.