Here are some quick facts from the Heads Up organization about concussions: 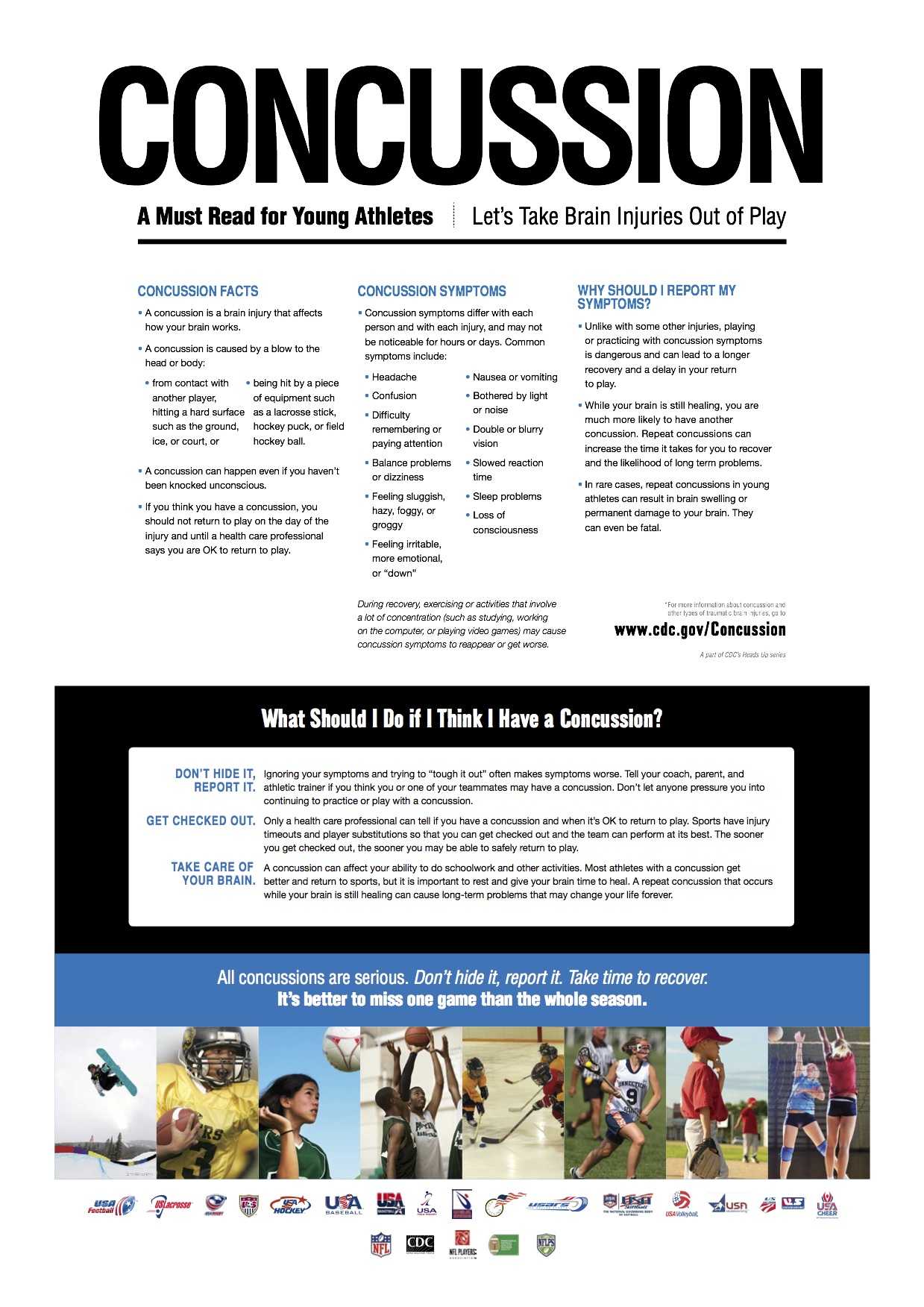