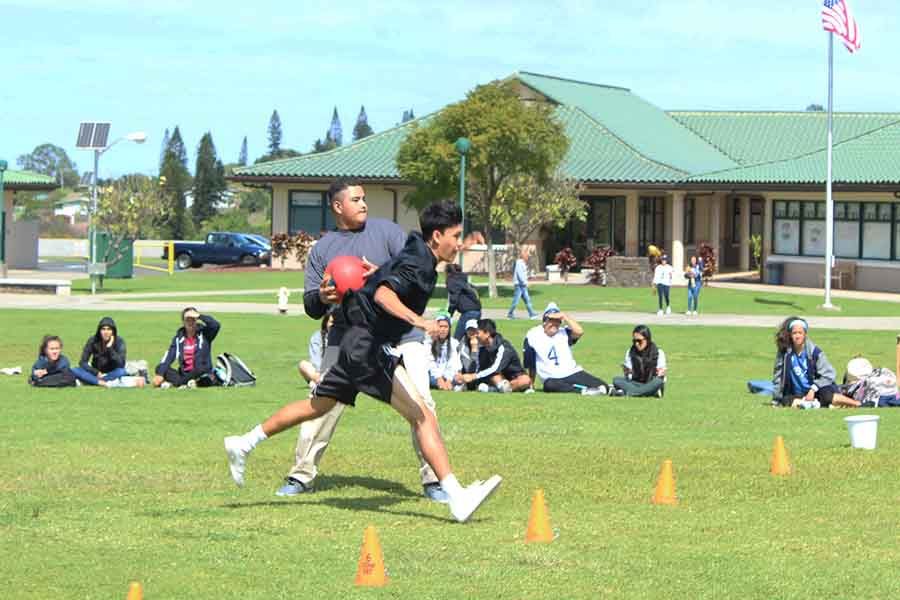 Freshman Samuel Ostermiller beams a ball at sophomore players in a match that the freshmen won.

The second game was between the sophomores and the freshmen. In the end, the freshmen won getting them closer to taking the 750-point prize.

Freshman player Owen Siminski said,”The dodgeball game was fun, and I think that there should be more activities like that during the school year.”

The match started slowly with both teams being wary. They deliberated about whether or not to bean each other. However, as the match progressed, the freshmen got aggressive.

The Sophomores fought to the end, but the Freshmen fought harder by getting out almost all of the sophomore players.