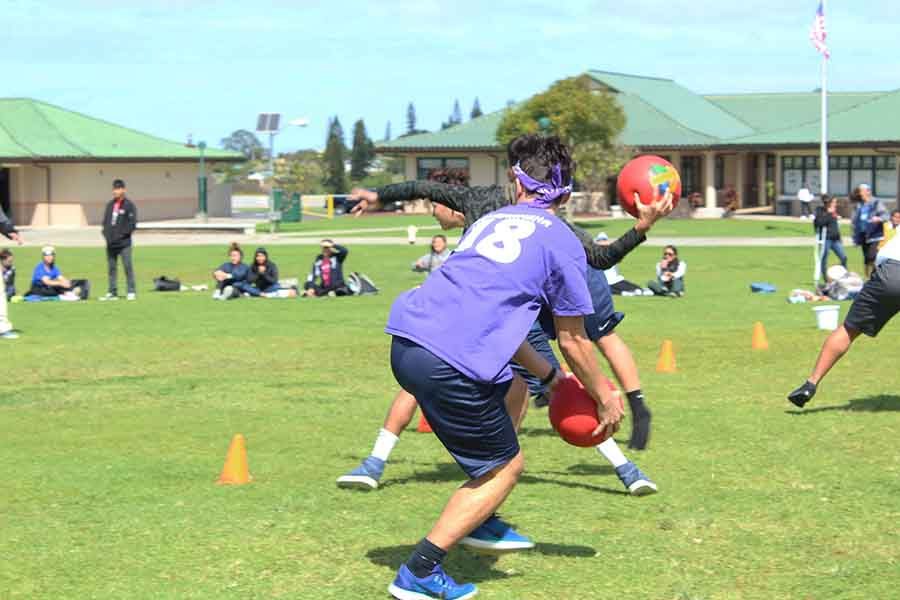 The juniors won the first game of dodgeball, which was between them and the seniors.

The first game, between the juniors and seniors, started with a hitch when the junior team was almost disqualified for not having their team there on time. However, the five-minute game began shortly after everything was sorted out.

For the day’s games, a small portion of the quad was sectioned off with cones and there were four balls in the middle.

When the referees yelled “go,” the junior team quickly rushed to the middle and grabbed all the balls. Both teams dodged the advances of the other team.

As the game came to an end, the juniors realized they were in the lead because they had more team members still standing, so they held the balls to run down the clock, winning against the seniors.