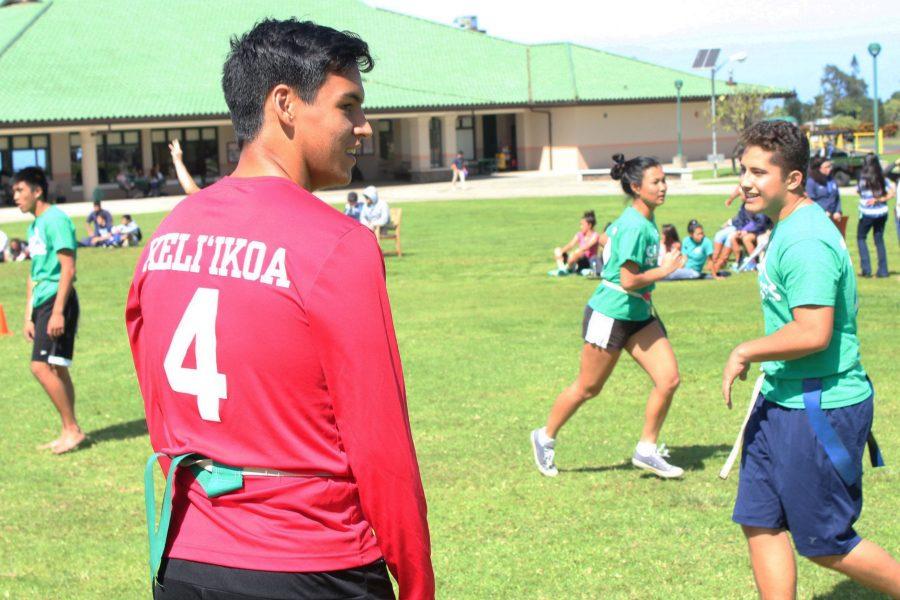 Senior Kealaula Keliikoa waits for his fellow teammates to get him out of jail. The sophomores took the championship game, adding 750 spirit points for their class.

Sophomores took first place with a 1-0 win against the seniors in the last game, and earned themselves 750 spirit points. The seniors received 625 points for second place.

This game was marked by several problems.

As with the others, the game began with a “go” called by commentator Quinn Shiraishi.

Following the announcement, seniors, who wanted first place, brought force into the game. Senior A. J. Aina tackled sophomore Elijah Kamalani, and he was injured a minute into the game.

The game was paused due to the injury, and Kamalani was carried off the field and to the nurse

Even though the game quickly returned to its upbeat pace, the injury was only the part of the problem-filled-game.

Defensive sophomores who were able to make contact with the opposition’s flags found that the seniors were tying their flags onto their belt loops, making it harder or even impossible for the sophomores to rip them off.

Although the issue was addressed throughout the game, both sides continued to do it.

As the game came closer to an end, the sophomores were able to pick up a point but were challenged by the crowd and the opposite team, who said that their point was unfair because the runner had tied his flag belt.

As before, the student referees did not see the play and upheld the point.

The 5-minute time expired, and the sophomores won. 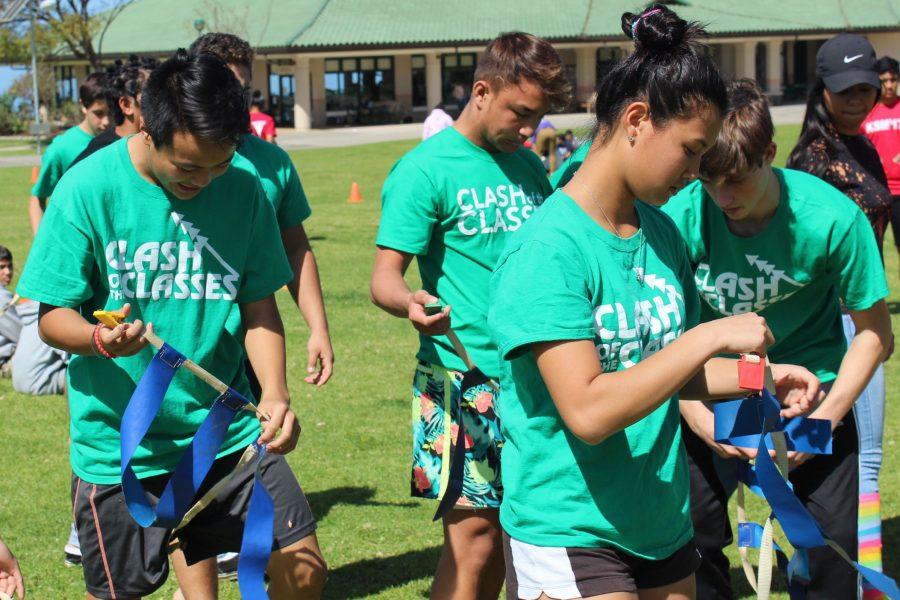 Gallery|4 Photos
Photo by Aaron Veincent
Sophomores put on their flags with a couple of new subs.