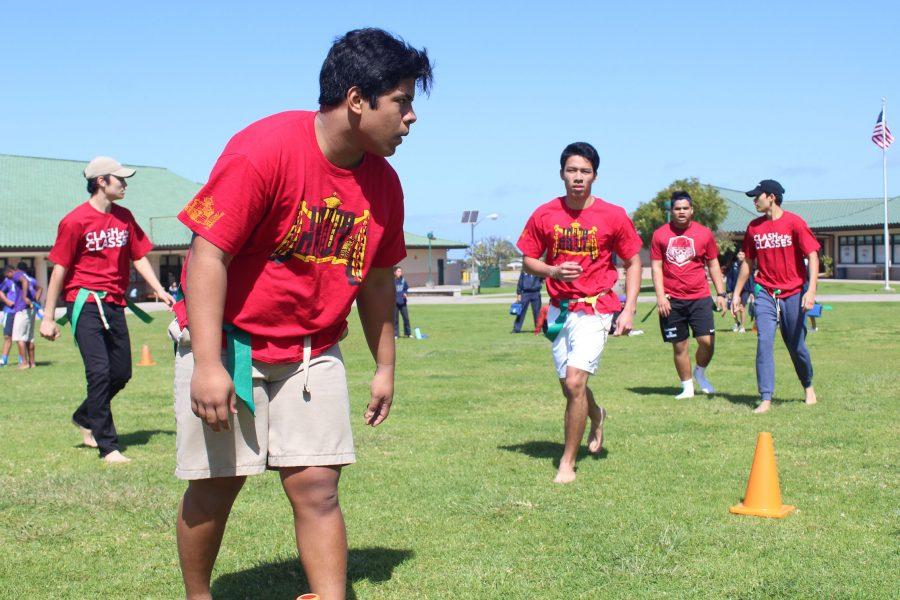 Senior Adrian-Jeremiah Aina waits for the perfect moment to run to the junior side. The game was 5-minutes long and ended with the seniors winning.

Game One from KaLeo ONaKoa on Vimeo.

Game One: Seniors’ luck pans out

Seniors won against the juniors with a round of jan ken po after they tied, 0-0, in the first game of the spirit week fleetball tournament.

Being released for first lunch, the seniors and juniors were the first to participate in the tournament.

Due to the time restraint, the game quickly got underway, although there was little movement from either side.

The seniors broke the impasse by having a few runners sprint onto the others’ side.

Quick to react, the juniors were pulled off some of the seniors’ flags, sending them to “jail.”

This play continued for a majority of the game. Juniors kept tight with their defense, while the seniors kept trying to get the advantage.

Realizing they needed points, the juniors loosened their defense and began playing offensively. It was then  that the seniors were able to steal the ball, throwing it to their side for a point.

With no score at the end of the 5-minute game, an extra minute for the upperclassmen to score was put on the clock.

But time quickly came to an end without a winner, so the game went to a round of jan ken po to determine the winner.

The game’s representatives were Junior Kiha Mossman and Senior Paytin Ayau. Mossman’s scissors were no match for Ayau’s rock, and the seniors won. 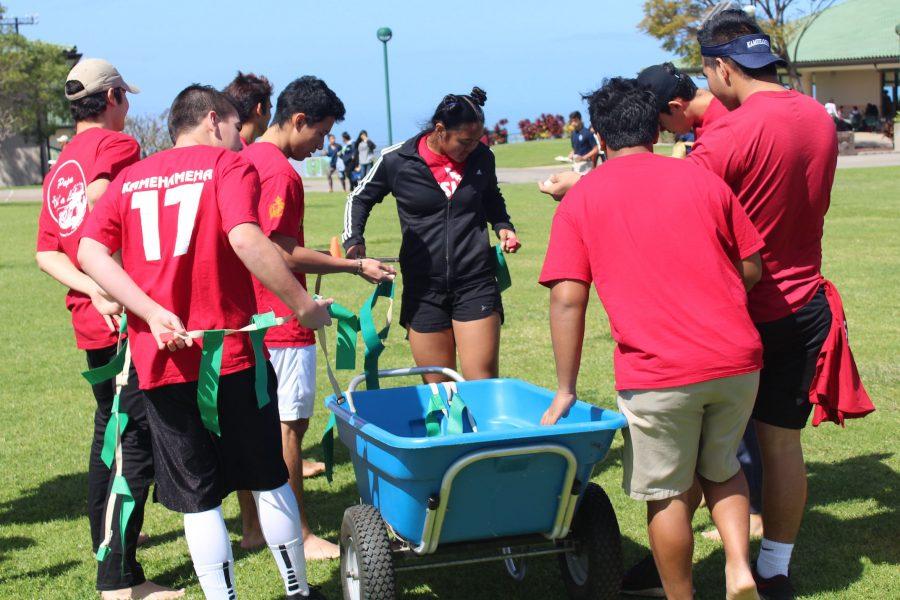 Gallery|4 Photos
Photo by Aaron Veincent
Seniors put on their flags before the game begins.