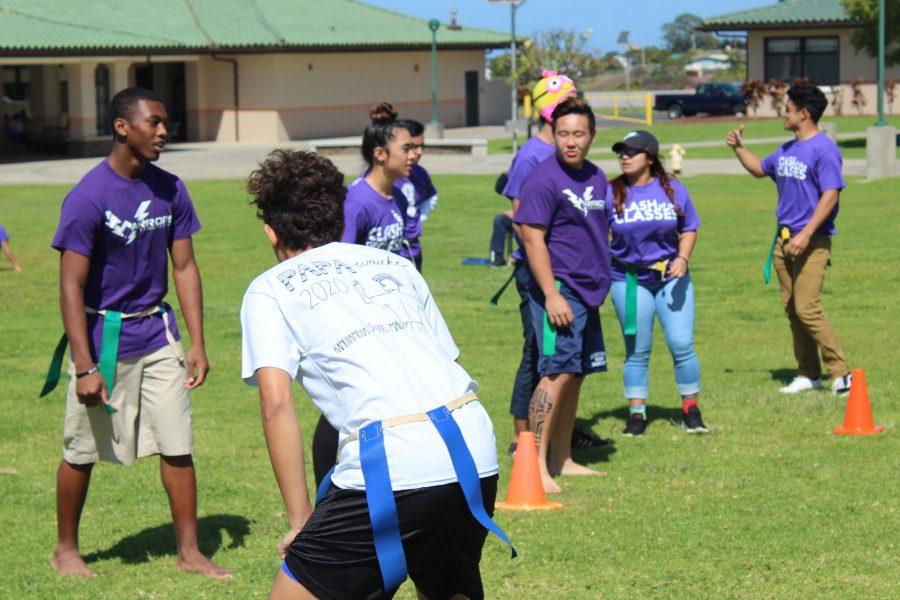 Freshman Nokea Afong-Kneubuhi-Naleieha guards the border that keeps them separated from the juniors.

The freshmen won in the consolation bracket in order to solidify their third-place spot over the juniors with a 1-0 win.

Being in fourth, the juniors received 375 spirit points, while the freshmen received 500.

Unlike in their previous game, this time the juniors slacked off on the defense, pushing more offense with fresh players who subbed in for the team.

Despite the juniors’ countless attempts at the ball, they could not get past the freshmen without them snatching their flags off or intercepting the ball.

On the other hand, a few freshmen played offensively and eventually got a point for their class.

With most of the focus being drawn to one side of the field, the juniors were left unaware of what was going behind them when the freshmen were able to steal the ball and fly it over to the opposite side.

After scoring a point mid-way through the game. The freshmen agreed to play more defense to keep the juniors from scoring.

Coupled with careless passes by the juniors, the freshmen were able to hold their defense and keep their one-point lead over the juniors, giving themselves the win. 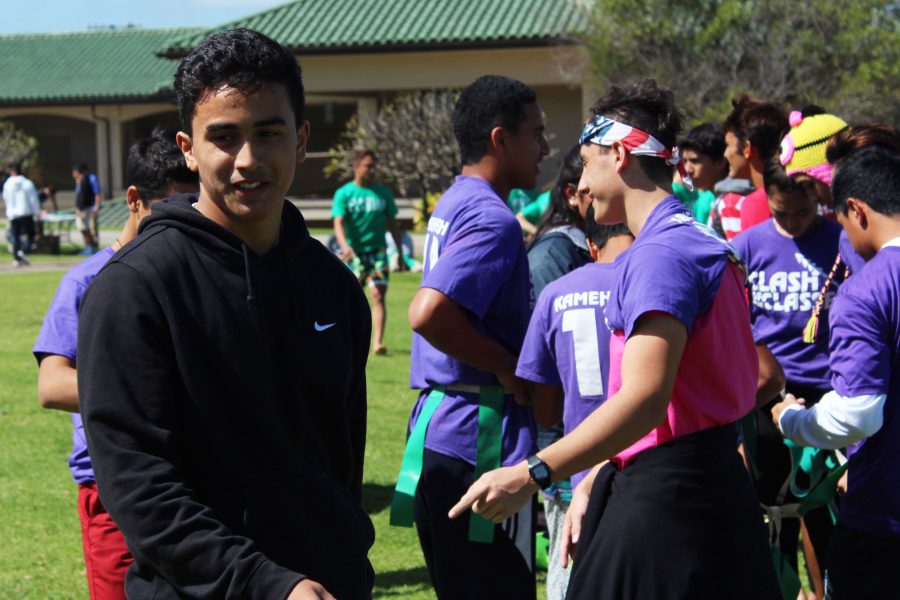