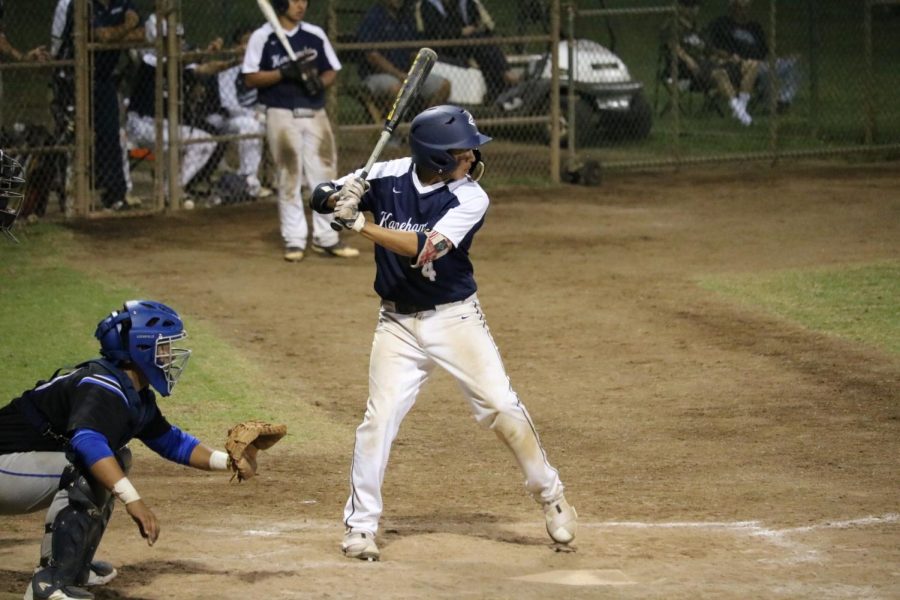 Photo by Courtesy of Kalena Viela

The Warrior baseball team cheered as they looked at their 4-3 victory over Maui High School on the scoreboard. Senior Iokepa Supnet confirmed that the “highlight of [their] season” was clinching a spot in the state championship for the first time since 2011.

The Kamehameha Schools Maui baseball team made it to the state championships in 2009 and 2011 under the direction of Coach Brandon Kanamu.

In 2009, the team played in the 2009 Wally Yonamine Foundation Baseball Championships at Les Murakami Stadium on Oʻahu. The team lost against Kamehameha Schools Kapālama, 3-1, and Pearl City, 14-2.

“I feel like this year we worked extra hard because the past two years we were really close to going to states but we fell short,” Supnet said. “This year we didn’t want to let the opportunity slip out of our hands, so we worked super hard to prepare for this season.”

This season, the Warriors won 11 games and lost 4. Their biggest competitor was Baldwin High School, who secured the first spot in the state championships this year, defeating Waiakea 14-4.

“Our baseball team performed up to expectations, even though we fell short of our goal of bringing home an MIL championship,” Coach Kaeo “Mo” Lau Hee said. “We made tremendous strides from our pre-season outings and have matured and improved in every facet of the game collectively and individually.”

In the state tournament, the Maui Warriors played their first game, May 8, against Campbell at Les Murakami Stadium, but lost 3-0. In the consolation semifinals the next day, they played Leilehua and tied 6-6, but because they had a combination of less hits and more errors, it was the Mules who continued to play in the race for fifth.

“We were a few pitches and a few plays away from a different outcome, but the overall experience of playing in the state tournament is immeasurable, especially for the underclassmen,” Coach Mo said.

As the season comes to a close, Coach Lau Hee hopes that the “little taste of the post-season will light a spark in [their] returning players [next year and that they’ll] come back even stronger for next year.”