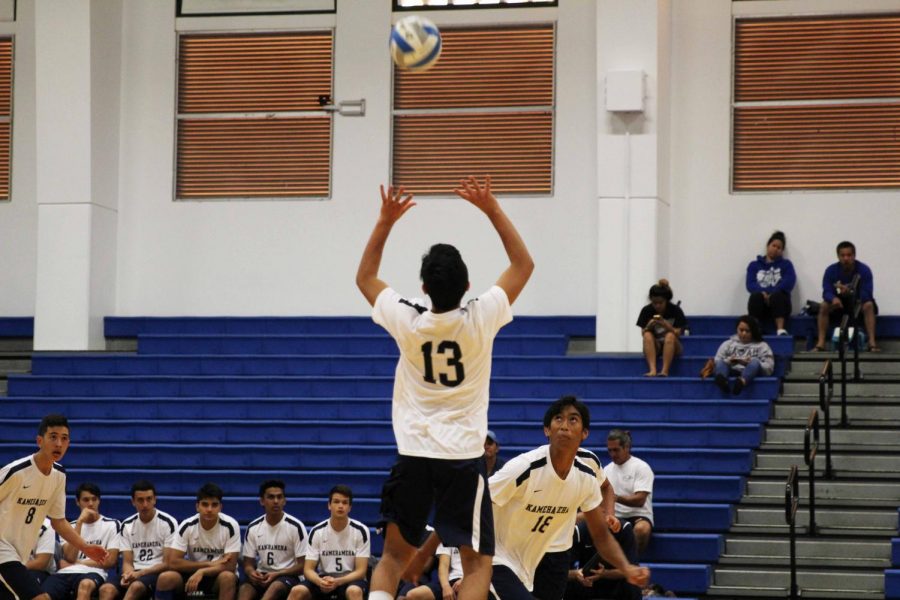 Senior captains Austin Peters and Rafael Adolpho went into the 2017-2018 boys volleyball season with high hopes for their team. They aimed to compete in the New City Nissan Division 1 state tournament. The boys surpassed their goal by becoming Maui Interscholastic League champions and placing fifth in the state tournament.

At the state tournament, the Warriors lost 3-0 to ʻIolani School. They made a comeback 2-0 win against Kamehameha Schools Hawaiʻi, and went 2-1 against Mililani High School. Last year was the first time KSM boys volleyball participated in a state tournament since 2009. This year, the Warriors were MIL champs once again.

“We were hoping to compete at states with the possibility of winning, but it was a challenge in our first game to play at a level we never played at,” Peters said. “We’re happy with how the team performed and the outcome of our season.”

The senior-heavy team had eight seniors, three juniors, three sophomores, and one freshman. The boys utilized their practice time by training every day and doing cardio with Coach Kevin O’Brien.

“[The boys] were a motivated team, and their effort in the weight room demonstrated how motivated they were,” Coach O’Brien said.

The Warriors will use this momentum to improve and work hard for the 2018-19 boys volleyball season.