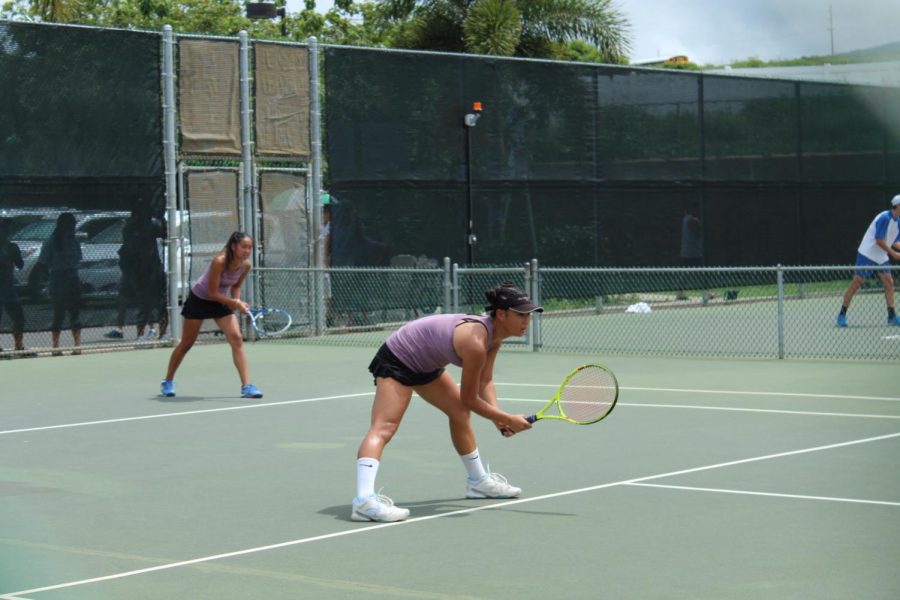 Kayleen Lau and Kaelyn Kato play against Campbell High, winning their first match in the HHSAA tournament held on Oahu.

after a year off the lead, the girls doubles team has returned the MIL championship title to KSM

“This year was amazing. We started a little rough around the edges; however, as the season progressed, we became one ʻohana. All I can say is that I’m beyond blessed and honored to have played with the most enthusiastic, tennis-loving individuals I’ve ever met,” Lau said.

This year, Lau and Kato won the Maui Interscholastic League title for girls doubles. The girls competed in the HHSAA Tournament, and they defeated Campbell High School 6-0, 6-0, but fourth-seeded Punahou defeated the girls in the next round 6-3, 6-1.

“At first, I was in shock [to have won MILs]. I couldn’t believe that we had won the MIL title because Kayleen and I have never practiced together and only played together once throughout this season. We had gone into the HHSAA tournament with an open mind, and we had a lot of fun,“ Kaelyn Kato said.

Overall the team trained hard to succeed this year with many new members.

“In the beginning, we struggled greatly with teaching such a large portion of the team how to swing a racket, but at the end of the season, everyone [who] improved far surpassed what I thought was possible for these kāne. We are looking forward to further improving our skills next year as we are hoping to retain most of our team members,” Lee-Joseph Franco said. 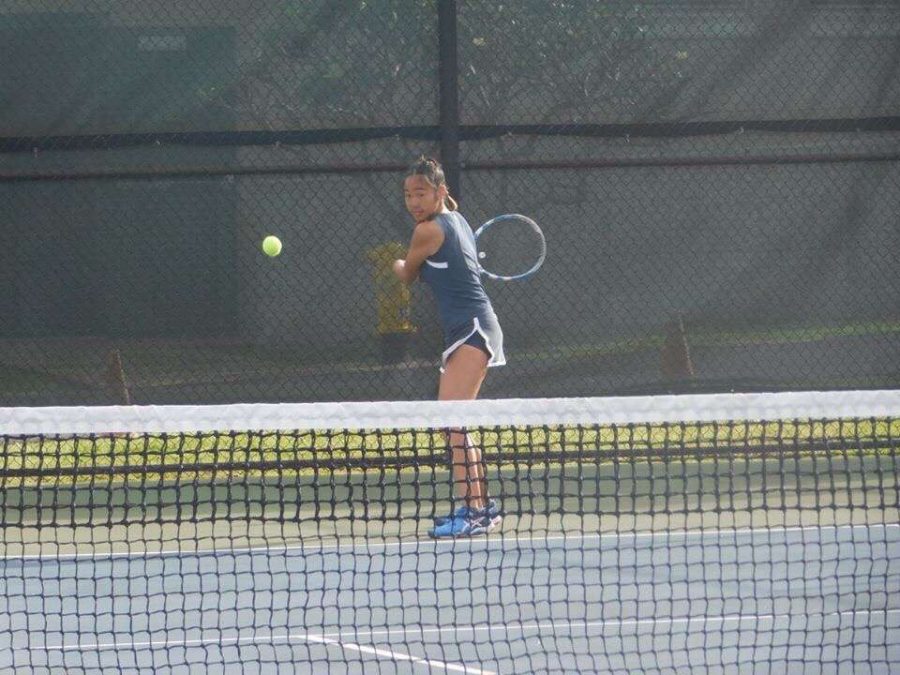