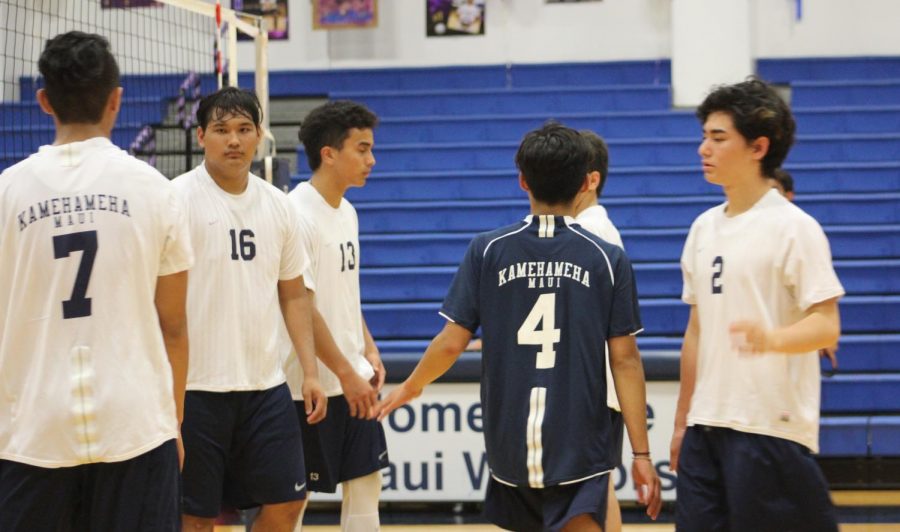 JV boys volleyball comes together after their last game against Lahainaluna.

“The struggles we encountered this year was that we had two people that got injured [Bronson Espania and Gabe Arcas]. We didn’t have refs that came up to the games. It was a struggling season the whole time, but the boys were able to fight through it and come together as a team at the end. Overall, they made a big improvement,“ Coach Taylor Awai said.

The spirit the Warriors had reflected in their athletic performance. There were many new players, including three freshmen and seven sophomores, but they came together as a team to play competitively this season.

“This year was very different because [the team] had people who haven’t played volleyball before….It was a pretty interesting year,” freshman Jonah Saribay said.

The Warriors ended the season with three wins and two losses. The Warriors’ biggest competitor was Lahainaluna High School, who ended their game-winning streak in mid-season.

Last year, the boys had five losses and four wins, so in this 2017-18 year, Coach Taylor Awai had the boys work and play together as a team to improve. 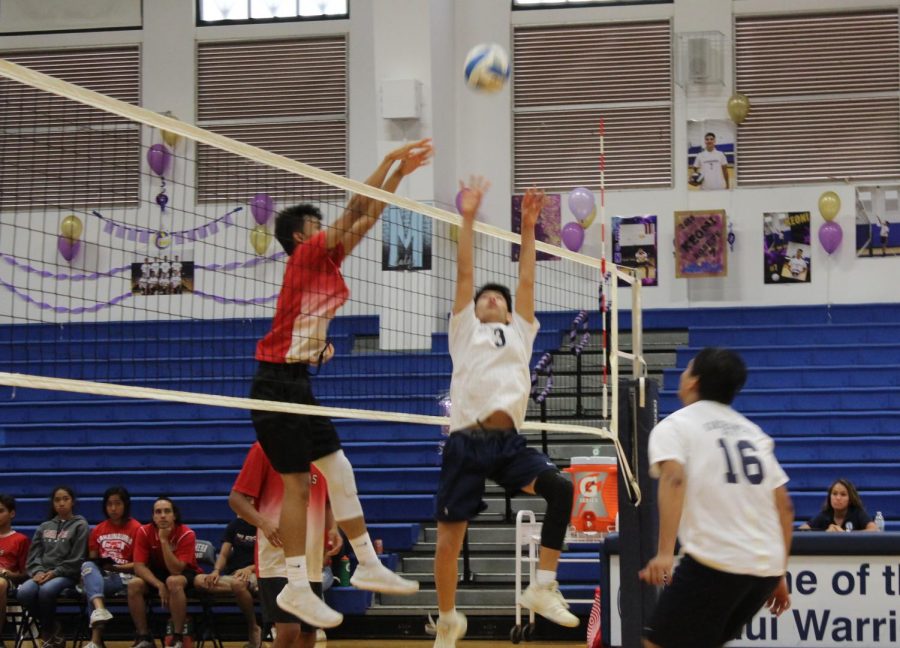 Gallery|4 Photos
Sophomore Steven Gushiken goes up for a block against Lahaina.
Leave a Comment