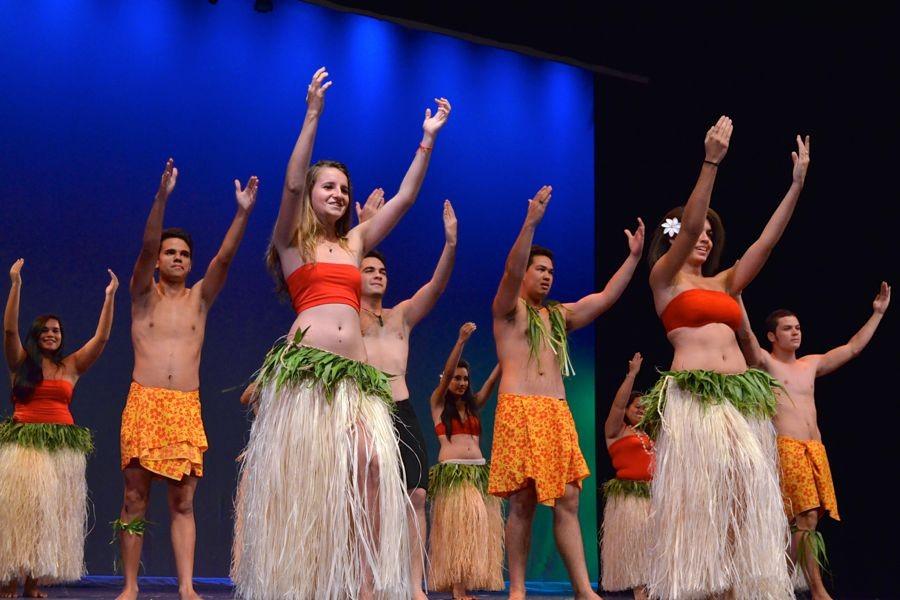 Tahiti students of Samuel Raapoto High School end their week of festivities and cultural experiences at KS Maui by treating the high school students to a performance on Thursday, February 12, at Keōpūolani Hale.

A week of two similar, yet different cultures learning about each other quickly came to an end, but every day they were here, the Tahitian students from Samuel Raapoto High School had a full agenda on the KS Maui campus during the day and with their host families during the evenings.

This is the second time that KS Maui families have hosted Polynesian students on their visits this school year. Back in October, students from New Zealand students also visited the campus and stayed with student families.

Many students said they were awed at the French accents of the Tahitian students, but the Raapoto kids said they felt the same way about the Hawaiian students’ accents.

On Monday and Tuesday, most of the Tahitian students were stationed in art workshops that had been arranged by art teacher Mrs. Angie Abe. The workshops were on topics, such as tattoo, animation, and various hana no’eau, like hala crafts. The workshops were taught by Kamehameha Maui kumu and other volunteers with the support of the Raapoto chaperones.

The Tahitians worked on art projects alongside KS students. Participating students also took a short survey to learn more about each other.

“Most of the feedback I received was very positive and our students had a great experience. They enjoyed engaging with each other. There was a little bit of a language barrier, but for the most part it was fun for them to learn about another student from a different place and culture,” Mrs. Abe said.

A few things the two cultures found similar interests in were their taste in music, art, and food. Some differences they noticed were their life experiences. The Tahitian students are world travelers; they’ve been to many other countries, and many of them also speak three to four different languages, which is very different from Hawaiʻi in that way.

Mrs. Abe also added, “As a host-parent, we loved our exchange student, we had a positive interaction with her and learned a lot from each other throughout the week.”

On Wednesday, the Tahitian students visited the middle school campus where they performed for the intermediate students with a tour of their campus that followed.

Thursday, they returned to the high school, and they ended the school week with their final performance in Keōpūolani Hale. It was a full-crowd that day, with all of the families who hosted the exchange students in house to see the Tahitian culture come to life on stage.

Friday, their last full day on Maui, the Tahitian’s had a full day to do as they wanted with their host families. Some went to Lilia Lorenzo’s Pāʻia family beach house for the day, while others went shopping and ate all well-known restaurants here on the island.

“I love Maui,” said Laurence Wan, one of the Tahitian students from Raapoto High School. She said that for her, the most enjoyable thing she did here was go to the shopping mall with the girls.

On Saturday, it was time for the Tahitians to move on to the next island, Oʻahu where they headed to KS Maui’s sister campus, Kamehameha Kapālama for yet another week of activities and cultural experiences. 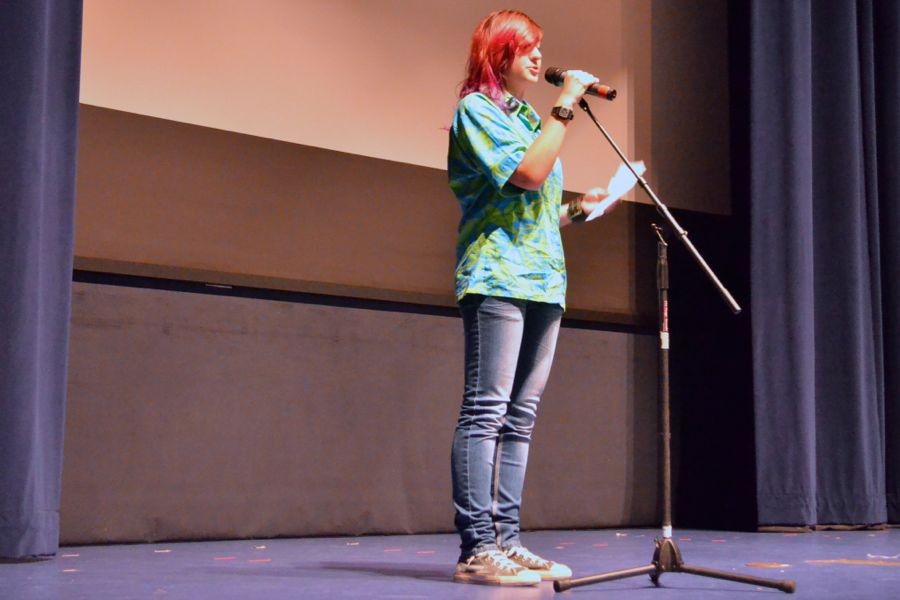